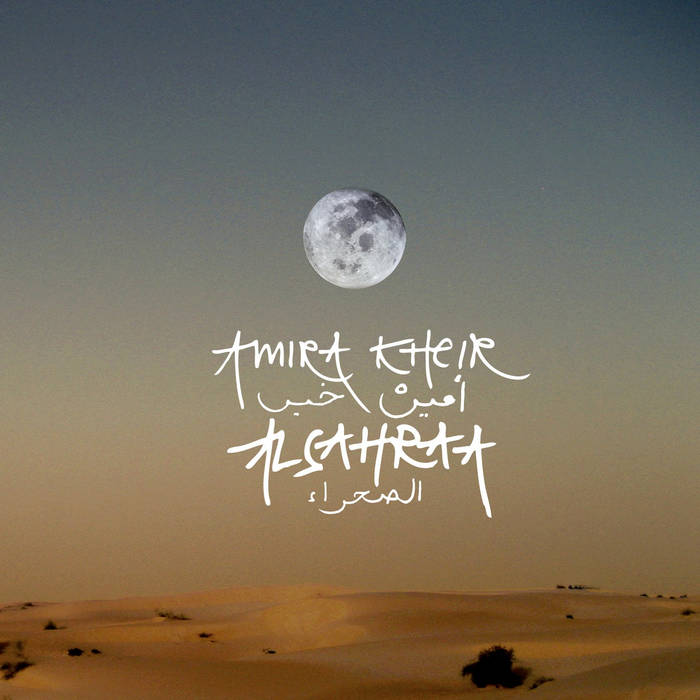 Backed by double bass, acoustic guitar and percussion, and with only the lightest of touches from other guest musicians, Amira Kheir could hardly be accused of over-producing her second album, Alsahraa. No, rather in the spirt of the album's title, “the desert”, her sound is clear and ascetic, and recorded in the acoustically beautiful space of the Union Chapel, London, it is a true and honest reflection of Amira's own compelling live performances.

Since the release of her debut album View From Somewhere in 2011, Amira has continued to develop and refine her unique interpretation of the Sudanese tradition. This she achieves by combining it with original material in a contemporary acoustic setting, and while on Alsahraa she confines herself to just two languages, Arabic and Italian, her voice explores this repertoire with the ease and passion that only a true tri-lingual singer can. Born in Italy of Sudanese parents, Amira has now made London her home.

Relaxed yet alert and articulate, Amira is no stranger to the BBC and other broadcasters' studios, nor indeed, to some of the world's most prestigious stages and festivals including the Queen Elizabeth Hall in London, and the Festival Of The Desert in Mali. But it would be wrong to paint Amira as some globe-trotting world music wanna-be star. Her music might be set in the wide open spaces of Alsahraa, but its impact is intimate and personal.