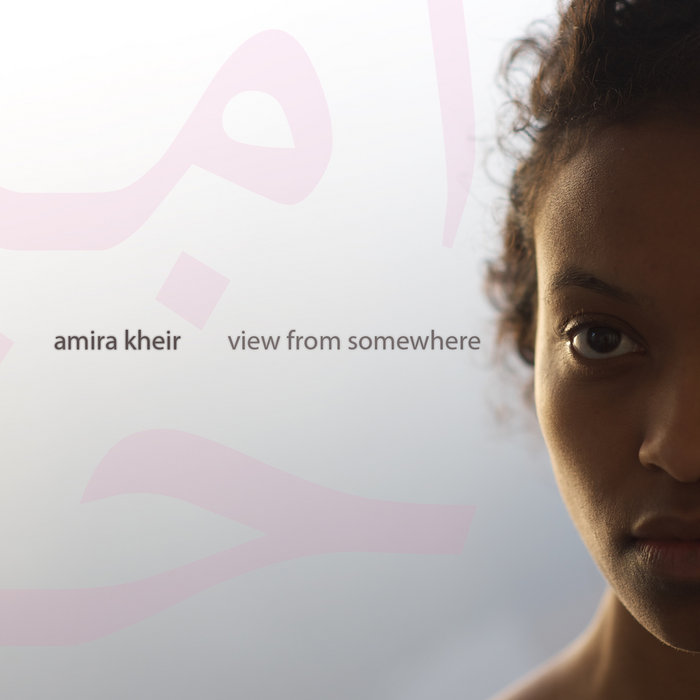 From the very first notes of her a cappella solo that introduce this album, it's clear that Amira Kheir is not afraid to take risks. Born in Italy of Sudanese parents and now residing in London, Amira draws upon her own multicultural background to create a unique and compelling acoustic amalgam.

Inspired by traditional Sudanese singing and instrumentation, blended with elements of Jazz and Soul, Amira effortlessly switches between Arabic and English with an unabashed self-confidence that those less relaxed with their roots might find difficult. In Amira's world, such a cultural mosaic is a simple fact of life.

View From Somewhere is her debut album, but it's not happened just by chance. Rather this recording is a signpost on an ever-extending road, and since 2009 Amira has performed at the Albany for the London Jazz Festival, the Queen Elizabeth Hall for the African Music Festival, and at the Southbank for the Celebrating Sanctuary Festival.

She has also appeared online and on-air for the BBC World Service, the BBC Arabic Service, for VoxAfrica.co.uk, and featured in international print publications including the German 'Die Welt', the Pan Arab newspaper 'Alsharq Alawsat', and the 'Philips De Pury' contemporary arts magazine. With charm and elegance, Amira Kheir demands to be heard.